Jazz and making connections with faith One of the key elements that defines jazz is improvisation. Improvisation isn't the preserve of jazz alone, and has a long history in so-called 'serious' music. JS Bach was a phenomenal improviser, as was Mozart; and soloists in the classical era would be expected to improvise the cadenza in a concerto; while today any cathedral organist will be able to extemporise at the drop of a hymn book. But jazz, since its genesis in the music of African Americans in the Southern United States at the beginning of the twentieth century, through all its different expressions, (swing, Dixieland, European, bebop, cool, hard bop, latin, fusion, smooth), has as a key element, improvisation. It's one of the defining characteristics.

Improvisation isn't immediately associated with the bassoon - although there are some interesting practitioners and Paul Hanson is noteworthy - and this is something I've never developed. However, I am fascinated by improvisation for two reasons.

Firstly, because of the inherent nature of improvisation. As a jazz musician improvises, they 'conceive and perform music simultaneously', which is what improvisation is. Good players are well schooled in jazz scales and chords, they will have learned their craft through listening and much practice; they will have evolved a style which is their own while owing much to the tradition; but when it happens and they improvise, all of this is drawn upon to produce something unique, in the moment, never to be captured in that way again.

The second reason that I'm fascinated by improvisation is because improvisation, although essentially an expression of freedom, is dependent on the interplay between the given and the unpredictable, between consistency and openness, between constraint and freedom.

In these ways, jazz makes connections with Christian faith. As God's people we are new creations and creativity is a mark of God's Spirit among us. But as we pursue the new thing, we do so with a sense of continuity, recognising the tradition, whether it is the tradition that goes back to the original 'deposit of teaching', or those good things that have substantially shaped the life of the particular part of the church to which we belong. In jazz, improvisation is new, but it isn't new new. It's new that has emerged from the old. It doesn't happen as though nothing has gone before. It pushes the boundaries, it's creative, it opens up new horizons, but it does so with respect for the past.

This has a relation especially to worship. Within the Baptist tradition, devotion and openness to the Spirit, together with an attention to Scripture, have been two important elements of worship. Historically there hasn't been wide-spread use of set liturgies, although there has been structure and movement within the best practice of the so-called 'hymn-prayer sandwich', with its rhythm of revelation and response. We - and I've been part of this - have moved more to the 'charismatic casserole' in which at its worst there is neither structure nor movement. Freedom, a core value, and an activity of the Spirit, 2 Cor. 3.17, has in the process sometimes become stifled. We need the given of structure; not as a prison cage, but as a climbing frame. Where this is present, then there is the genuine possibility for freedom. In jazz, improvisation is dependent upon a musical structure which is coherent and directional. It shouldn't imprison but provide a framework upon which to explore. Without it, the player isn't given the means to be free. With it, new possibilities abound.

Extending this to living the Christian life, which is also part of our worship, Jeremy Begbie (from whom a lot of this originates) speaks of the common misunderstanding that the Holy Spirit frees us from limits. In fact the reverse is true, for when the Holy Spirit comes into our lives we find that it is the limits that free us. In jazz, the musician needs the given-ness of the harmonic and rhythmic structure in order to be free. Broadening this beyond jazz there is some fascinating material on how composers go about their craft and how constraints work as a huge asset, providing necessary boundaries to a creative process which otherwise would be unmanageable.

How do we live in a way that is faithful to Scripture when Scripture gives us nothing like detailed instructions for everyday life in the early twenty-first century? Extending the analogy to a different art form, I've been struck by Tom Wrights understanding of Scripture in terms of a Shakespearean play whose fifth act had been lost. Very briefly, our living as Christians is a call to improvise the fifth act in the light of the preceding four acts, having thoroughly immersed ourselves in all that has gone before. Tom Wright proposes that the first act of this play is Creation, the second the Fall, the third the story of Israel, and the fourth the story of Jesus. The first scene in the fifth act is provided by the rest of the New Testament, and it is at this point that we join the story, acknowledging the many others who have joined before us. The important point is that we are not free to improvise as we like. We live under the 'authority' of the story. The improvisation is dependent upon being thoroughly schooled in the script as well as the traditions of interpreting the script, so that we begin to act from habit in ways that are faithful to the script and which are appropriate to the circumstance. This model of improvisation, is the same as in jazz, where freedom is dependent on constraints, openness on consistency, and unpredictability on what is given. We are called to improvise creatively, liberally, encountering fresh perspectives, discovering new possibilities, but with the authority provided by the Scriptures.

Other connections include some fascinating thinking about the 'jazz factor' in an understanding of the flexible order of creation, that is the spontaneous element in the world and in human life. There are some strong jazz resonances with the act of preaching, and I've come across some interesting reflections on leadership seen through a jazz paradigm. But enough for now - I'll save those for another occasion.

I've preached the jazz and leadership thing, but was really taken by the links you make between jazz creativity and creation.

What about improv as way of thinkning about God's sovereignty? God gets there by responding to contributions that the rest of make, not by tying everyone to predetermined set of dots.

What about improv as a way of imaging the rel tween the individual and the community? Jazz is often described as quintessentially American in part because of the prominence it gives to the soloist. Seems to me though that good improve is about the soloist (individual) finding their own unique by responding to the contribuions of others in the band (community).

Thanks for your comment. I'm very taken with the idea of God's sovereingty being expressed in terms of improvisation - when I was at Spurgeon's that's the conclusion I reached in my diss. I may blog on this specifically.

I like your other reflection as well and think that it works really well. And incidenally I think you know a hec of a lot!
28 April 2008 at 17:45

Lucy Mills said…
I like these analogies. They help us think creatively about our faith - and also help us express it.
1 May 2008 at 12:26 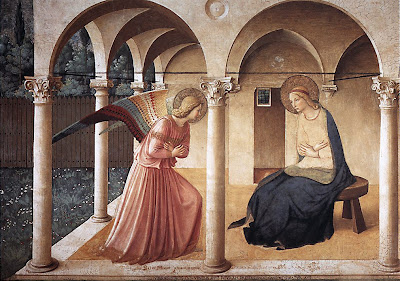 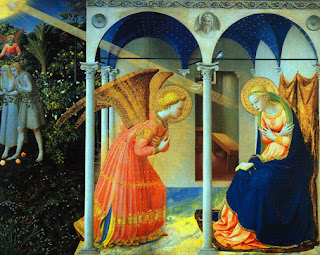